For an old jazzy tune put together in 1996, it was great to know that the song can be performed 15 years later and not sound too dated. It is the song that I would love to be covered by many artists some day,  to almost become a ‘jazz standard’.

Ineke’s interpretation of the song gives it new life and a sultry feel. This recording is taken from the second time we performed the song live, so there are still a few rough edges, and it still misses the signature bassline, however we kind of get away with the minimalist ‘rough’ version.

An interesting fact about Fast train, is that when I had originally wrote the song, I was living in Denmark (1996-99), and Ineke’s brother Richie, actually sang the song, together with Ineke’s Uncle, Tito Manding playing bass. They were special times when together with Richie and Manding we played a few gatherings and one evening in the courtyard of the Tisvildeleje Strand Hotel.

So hearing Richie’s younger sister sing the tune some 15 years later, really gives it more meaning than I had ever thought the song could have given me. 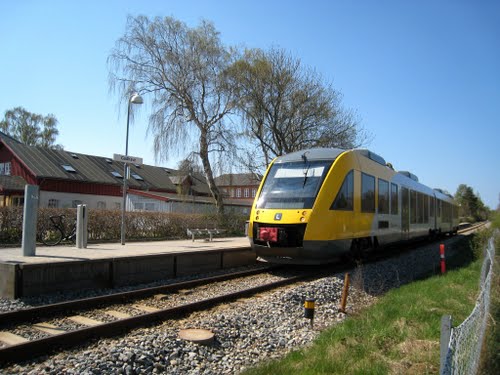 The actual station where I miss the train, back in 1996. Shortly after, I then started humming the melody, and opening line for the song Fast Train. ‘I was the right person at the right place, at the wrong time…’